Planet Aid Gets a Helping Hand With CipherLab Mobile Computers 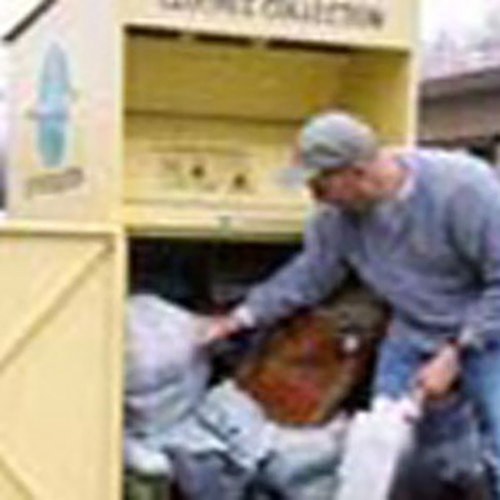 Planet Aid is a non-profit organization headquartered in Massachusetts dedicated to improving the lives of people in developing countries through its clothing collection and recycling program across the United States. Items donated to Planet Aid are resold and proceeds are used to support education, community development and HIV/AIDS programs in Africa, Asia and Latin America.

The company had a severe inventory management problem: clothing collection drivers were manually writing down estimated amounts of clothing in its pickup bins. This method was error-prone because handwriting was often deciphered incorrectly when data was entered at headquarters. It was also extremely time-consuming since it could take hours for the drivers' data to be manually entered. Planet Aid decided to automate this data entry process and it turned to CipherLab and its 8000 series mobile computers as a solution.

Automating its inventory management process with CipherLab 8000 handhelds coupled with a new in-house database system meant an instant return on investment for Planet Aid. Using CipherLab's mobile computers, Planet Aid employees now easily scan bins, estimate the amount of clothing in a bin and record that information into the CipherLab 8000. That data is uploaded to Planet Aid's main database from the CipherLab scanner, where site production and performance metrics can be analyzed instantly. Planet Aid then creates more efficient clothing collection schedules based on the bins' usage and capacity.

"Before we adopted CipherLab's handheld scanners, it could take hours for the drivers' data to be entered and then more time to finally analyze it," said Jerry Maday, operations manager at Planet Aid headquarters. "With the CipherLab 8000 series mobile computers and our custom business applications, we are able to significantly reduce the amount of paperwork for our drivers and operations staff, dramatically streamlining our core operation at Planet Aid."