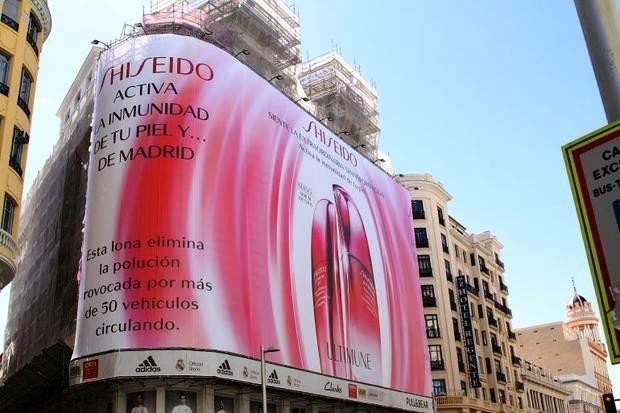 Shiseido was founded in 1872 in Ginza, Tokyo, as the first Western-style pharmacy in Japan. Boasting the largest sales among Japanese and Asian cosmetics manufacturers, Shiseido currently operates in about 120 countries and regions around the world. The Shiseido Group’s sales amounts to roughly 9 billion USD annually.

Its subsidiary in France is the main production and Research & Development center that stores recipes for perfumes, manufacturing processes for face and body-care products, bases for cosmetics and other lipsticks--all of which are strictly confidential and carefully guarded.

Shiseido France has two sites in the cities of Gien and Ormes containing large storage facilities (21,000 m2 and 18,000 m2 respectively) that house equipment including mixers, maceration tanks, analytical chemistry and microbiology laboratories, packaging lines, manufacturing reactors and pilot equipment. A wide variety of data and quality control operations are carried out every day; however, a key issue that Shiseido is currently facing is that they would like to convert their WMS to new SAP EWM (Extended Warehouse Management).

The CipherLab 9700 Series is compatible with Velocity Web, which allows it to efficiently interface with SAP EWM in real time. Plus, our partner offers professional support in system integration and process of transition, so Shiseido is very satisfied with the 9700 Series' overall performance in the stages of function testing and trial deployment. It also performs well in other functions, such as scanning, connectivity, and ruggedness. The 9700 Series can therefore successfully replace older terminal models like the Psion Teklogix and become the new companion for workers who are constantly dealing with vast amounts of data.

Along with the aid of our partner, whose credibility in long-term maintenance and service cannot be downplayed, the project has rolled out a total of 50 units of the 9700 Series with Near/Far 2D imager so far in 2018.