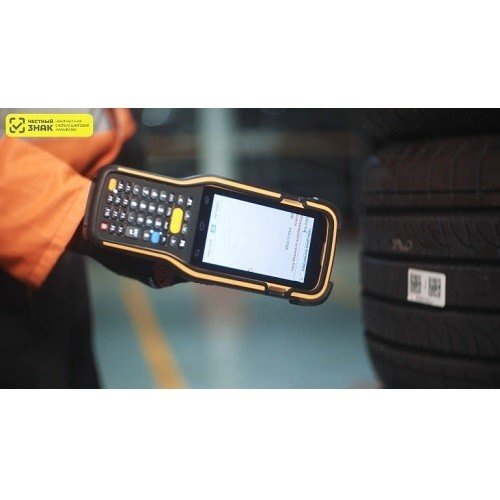 Yokohama Rubber Co., Ltd. is a leading tire manufacturer in the global market based in Tokyo, Japan, and founded in 1917 with the primary goal of anticipating and meeting customer needs. In addition, the company uses original technologies in the production of polymers, successfully developing related areas of production in hoses, seals and sealants, aircraft components, golf equipment, and a wide range of other industrial products.

In 2005, Yokohama established a trading company in Russia and later in December 2008, LLC Yokohama R.P.Z. was established to initiate tire production in Russia. It has been manufacturing tires since the completion of its plant in May 2012. The plant produces passenger car tires that are marketed solely in Russia.

The Law on Mandatory Mark was implemented on July 1, 2019 and aimed at partial goods under the Chestny ZNAK track & trace system in order to guarantee the authenticity and declared quality of goods being purchased by customers. In 2020, the labeling for tires became mandatory to trace the supply chain from manufacturer to end user and prevent counterfeit products and gray imports. Once the specific 2D Data Matrix barcode is registered and printed, each barcode is affixed to one of Yokohama's tires on the protector or tire side. Each tire has its own identity barcode for easy tracking.

Yokohama Rubber decided to replace their old SAP system with the AXELOT WMS because of the difficulty in getting a hold of an SAP specialist during the COVID-19 pandemic period. The AXELOT WMS system was developed on the 1C:Enterprise 8.3 platform, which is flexibly configurable for various specifics and is completely open source. Yokohama Rubber was searching for a solution which could run the WMS software smoothly on one of the latest Android terminals. During the bidding for this project, CipherLab's RK95 faced off against Zebra’s MC3300 and Honeywell’s CK65.

In the end, the CipherLab RK95 Series industrial mobile computer was chosen by Yokohama because of its excellent product specifications and high performance of reading 2D data matrix barcodes on tires. Besides that, users were very happy and satisfied with the performance of CipherLab's first Android touch mobile computer, the RS30, which is still being used in their work applications. Furthermore, the RK95’s durable IP65 rated design, 1.8 m drop resistance, and 1,000 tumbles at 1 m is perfectly built for large warehouses and distribution centers of large goods like tires. Compared with the other two competitive devices on the market, the RK95 is the only one that has a 4.3-inch touch display which allows users to easily read the details of scanned items on the screen.

The implementation of CipherLab's RK95 has resulted in a total of 250pcs deployed in Yokohama’s distribution centers and allows users to work more productively and more accurately. In addition, a total of 230 pcs of CipherLab's RK25 series has been purchased by Yokohama and presented as gifts to its supply chain partners including resellers and stores for use in inventory management and order-placing applications.